Stepping into 2018, there’s been a lot of discussion surrounding both the new Honda Civic and HR-V models. Having owned both, let’s review both models in comparison to each other. Honda being the reliable car company that it is, if you’re considering either, you know you’ll be in good hands. It ultimately comes down to which car best fits your needs and lifestyle. The sporty and efficient Honda Civic? Or the adventurous beast known as the HR-V.

One of the most known features of owning a Civic is the crazy gas mileage. In comparison to the HR-V, the Civic takes the cake with ease. With a highway average mpg of 42 and city mpg of 32, you can expect to get a lot more bang for your buck than the HR-V. Which makes the Civic a much better option for those with above average commute times to work. The HR-V still gets a relatively decent mpg for a crossover SUV at 32 mpg on the highway and 27 mpg in the city.

On the opposite end, the HR-V trumps the Civic when it comes to cargo space. One of the biggest feats is the Magic Seat technology, where the rear seat folds flat and also flips up. Additionally, the front passenger seat folds back to fit longer items. Adding up to 23.2 to 58.8 cubic ft with the Magic Seat technology. Compared to the measly 11.9 to 25.7 cubic ft of the Civic. This makes the HR-V a much better option for adventurous individuals who are looking to road trip and carry cargo. It’s also a much more self-sufficient vehicle for a single person. With a Civic you are much more likely to have to lean on someone else to help you transport anything of decent volume.

Although the HR-V seems to be bigger and stronger, the Civic wins all categories in the NHTSA driver crash test rating. The Civic aces the front, front passenger, overall, and rollover crash test ratings with 5 stars in all 4 categories. The HR-V unfortunately falls short with just 4 stars in each of those categories but 5 stars in rear collisions. Keep in mind that the HR-V generally will not have as much acceleration as the Civic, so the odds of crashing could be a bit slimmer. However, the HR-V loses some points for being a little slower in reaching highway speeds. No matter what, both cars are still very safe to drive for industry standards.

Here’s where the playing field begins to level out. Both models have fantastic interior designs that are both functional and comfortable. The Civic is smaller and has less room, making it more comfortable for shorter individuals and those with less passengers. Versus the HR-V is more suitable for a family. However, the HR-V is known for having firmer front seat cushions. So, if you like firm over soft, the HR-V would be a better option. Both models come with heated seats for those living in cold winter temps. Both also come with the automatic climate control system for seamless temperature.

The design of each model boils down to preference. The Civic is a much more sleek and refined design compared to the HR-V. This can be due to the Civic appealing to a younger audience. Whereas the HR-V is much more appealing to those wanting their first professional looking vehicle or about to start a family and are seeking an affordable option. If you’re going for a chic look, the Civic may be your first choice.

Features and aesthetics are great, but what are they going to cost you? If you’re stuck between models, price will not be an appropriate deciding factor as they’re relatively comparable. The base MSRP of the HR-V actually matches or can be lower to the Civic.

To sum it all up, here are the pros and cons comparing the Honda Civic and Honda HR-V eye to eye. 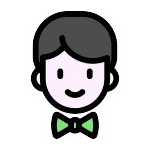