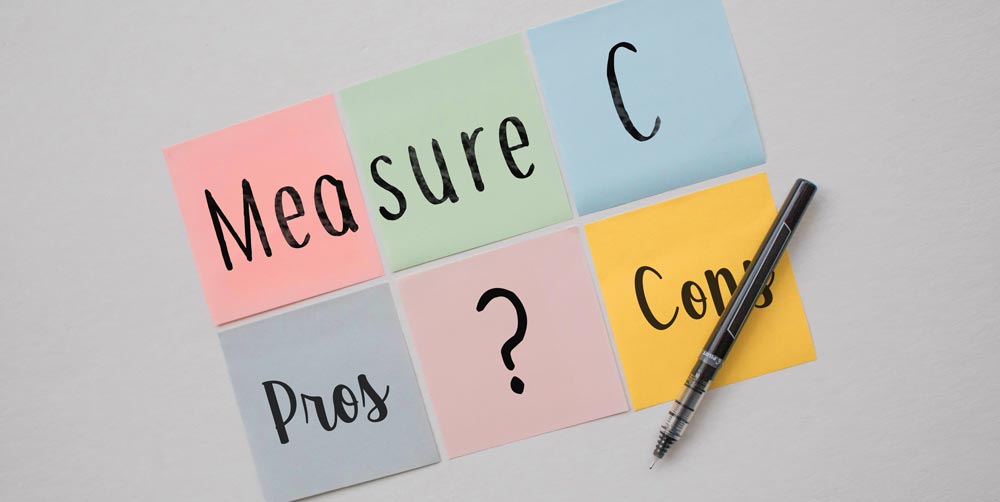 This post contains the personal research of a local LA resident (bio at bottom of article). She summed up her own research and is sharing it in the hope that her summary and reasoning helps others make their own decisions about how to vote (rather than just randomly filling in Yes or No). This post is not sponsored in any way, but it is liberally biased.

Measure C relates to police misconduct and subsequent termination decisions. This measure will appear on the ballot of anyone in the City of Los Angeles on the May 16, 2017 elections. Here’s the full measure on Ballotpedia. Also, if you haven’t yet—be sure to register to vote here.

How are Cops Accused of Misconduct Currently Put up for Termination?

Currently, when a cop has committed gross misconduct (e.g. excessive use of force), the police chief may recommend them for suspension, demotion or termination.

If recommended for termination, the accused police officer then goes before a Board of Rights. The Board of Rights is a group composed of 3 individuals: 2 command-level police officers (that’s Captain or higher) and 1 qualified civilian. The civilian is chosen from a pool of civilians maintained by the Executive Director of the Police Commission. Civilians in the pool must have 7+ years of experience in mediation, arbitration or a similar human resources-type field.

By a majority vote, this group then determines whether to push through the termination request, or to suggest a lesser penalty.

At this point the police chief can choose to impose their penalty verdict, or can opt for a lesser one.

Why is the Board of Rights Set up this Way?

Prior to 1992, the Board of Rights was composed of 3 command-level police officers (no civilians).

On March 3, 1991, African American taxi driver Rodney King entered into a high-speed chase with police, and when caught was brutally beaten (with tasers, batons and kicks) by 4 police officers, which was caught on videotape.

As a result of the Rodney King beating, in April 1991 the Christopher Commission was set up. It scrutinized the structure and administration of the LAPD, including their internal disciplinary system. They found issues with accountability and noticed an extremely high number of repeat offenders of use of excessive force. For example, between 1986 and 1990 there were 183 officers who each had four or more allegations of excessive force, which never resulted in a termination. They also found that only forty-two of 2,152 allegations of excessive force from were sustained – or less than 2%.

One outcome was the Board of Rights was altered to include a civilian—which is how it has been since 1992.

In case you don’t remember: All 4 officers were acquitted by a federal jury (note: this wasn’t a Board of Rights event, I’m just giving some history here). Many consider this the spark for the start of the 1992 Los Angeles Riots, which killed 55 people, injured over 2000, and caused over $1 billion in damages to the city before the national guard arrived.

How Does Measure C Change this Process?

1. Accused Officers will have a choice

Measure C will allow the accused officer to choose between two different Board of Rights groups. They can either go with the same setup as before (2 officers, 1 civilian), or opt for a new setup, composed entirely of civilians (3 total). Later in the post I refer to this as the 2 Option method.

2. The Civilian Pool will be transferred to the City Council

After 2 years the police department would submit a report to the city council on the outcome of these changes.

The following sections are the opinion of the author.

I’d like to say upfront—in case this post seems like I’m insinuating something negative about all police officers—we are only discussing officers who have ALREADY been suggested for termination by the police chief due to misconduct.

The current maintenance of the civilian pool by the very department who would be scrutinized by that pool is not ideal. Civilians could theoretically be weeded out in whatever manner might be preferable for the police department, leaving only the more lenient civilians in the pool (note: this is not necessarily happening, but the possibility is there). Removing that responsibility from the Executive Director of the Police Commission and handing it over to the City Council would be an improvement.

Measure C is on the ballot because last year, the Los Angeles Police Protective League sued the city to try and change the Board of Rights to only include civilians. Putting Measure C on the ballot is the city’s response to that lawsuit.

So far, it seems like it has been a good thing for there to be at least one civilian on the board. I think the mere presence of the civilian may help avoid a “we’re all in this together” mentality, which may be what used to happen back before 1992.

But if Measure C passes, and you give an accused police officer two choices, they’re definitely going to pick whichever one is likely to be the most lenient (who wouldn’t?).

According to the city reports, in the past the civilian members have been much more lenient in their votes than the police officers on the Board. This seemed counterintuitive to me, but the reports don’t lie. For example, if there was ever a 2-1 vote in favor of termination, the 1 vote against was almost always the civilian.

I don’t exactly know why this happens. One thought is that the civilian pool could be maintained specifically to contain the most lenient civilians. Or, perhaps the two police officers feel the watchful eye of the citizens and vote more harshly to show that they are taking internal discipline seriously. Or maybe the Board police officers are not inclined to vote against the wishes of their own police chief—because remember, the accused officer is only being tried at the chief’s termination request.

It could be any of the above reasons, all of them, or something different all together. Again, I don’t know the reason. All we know is that according to reports, civilians = more lenient.

Counterarguments to the Pros/Cons

So obviously it seems a bit fishy to allow an accused officer a choice between two Boards. It opens the possibility for an accused officer to play the system to their benefit. But, it has been suggested to me by a neighbor that this setup could help protect whistleblowers.

For example:
Let’s say Officer Jones whistleblows on some unethical behavior happening in the force. Not long after, he is put up for termination (by the police chief) after an incident he’s involved in. Theoretically, the two officers at his Board of Rights hearing might be inclined to vote to terminate him, more due to the fact that he’s a whistleblower than to whether he actually committed misconduct or not.

In this scenario, Officer Jones might be aware of this potential outcome and select the 3 civilians as his Board. If it turns out he is found innocent and is returned to the force—it’d be a positive outcome for the 2 Option method. The community wants to keep honest cops.

Another benefit of this “double option” setup is likely a market research strategy—a way for the city to A/B test which method is more effective at weeding out repeat offenders. Their intention may be to eventually move over to the 3 civilian Board (with no options) if that proves to be the more effective option when they receive the 2 year report.

A Side Note: Timing is Everything

It has been suggested by some critics that the timing of this Measure was purposeful, to hopefully let it quietly “slip through”.

It’s true—there’s only a single Measure on my ballot this election. And honestly, what busy person is going to drive all the way to the polls for a single Measure, just to vote No and go home? The people who are going to show up are mainly going to be motivated Yes voters. Which doesn’t necessarily mean anything at all—but it does seem like the timing of this measure may have been taken into consideration by its supporters.

How Different Groups are Voting

This information on official endorsements is obtained from Ballotpedia.

In Support of C

In Opposition of C

The concept of moving the civilian pool over to control by the City Council is great. This definitely seems like something that needs to be done.

But the other change proposed by the measure is a lot harder to judge. It would definitely allow an accused cop to choose their own termination jury—or at least the composition of it—in whichever manner they deem would be most favorable. I definitely DO like the concept that the city may eventually move back to a single Option setup, and Measure C is helping with some A/B testing to determine the better option. It’s always good to test out a theory before committing to it!

But unfortunately in the meantime, we’d still be stuck with the 2 Option Method.

The 2 Option Method could be bad because: It could promote repeat offenders by helping bad cops “get off easy” with the reportedly more lenient 3-citizen option. But there’s also a chance that this might not happen once we move the civilian pool over to the City Council. Once the civilian pool is managed by an outside department, the leniency of the civilians may lower, as the City Council might filter the candidates differently.

The 2 Option Method could be good because: It could help protect targeted officers from getting pushed out of the force by the head-ups for political reasons (like whistleblowing).

Lastly, note the endorsements: Most of the groups and individuals in support of this measure are related to the LAPD, and most in opposition are minority rights’ groups. This could be because this 2 Option method could lead to more repeat offenders of brute force, which is understandably worrisome. Or it could be because groups outside the police circle just don’t understand what the police department is really hoping to achieve (which might be the protection of honest cops). And it could easily be a combination of both.

Final Note from the Author:

Measure C is a real toughie, and I’m still in the process of learning more. I hope to be confident in how I’m voting by May 16th, and will update as I go. Definitely comment below with your own thoughts! 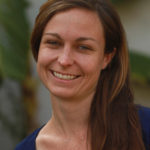 Just want to give a little background so you can get a feel for who I am and whether you might be interested in voting similarly to me. I’m a first generation American (English parents), I went to public school in Santa Monica, and later attended UC Berkeley. I’m in my early 30s, currently am a renter in Venice Beach, and own a small business in Los Angeles.

I’ve never been very political, but the election results of 2016 have really compelled me to get informed and involved. In the past I have voted quite liberally, both financially and socially. However, I voted for Hillary in the primaries (rather than Bernie), so I wouldn’t say I’m super far left.

I’m always open to hearing new facts and opinions, as long as they are presented in a respectful manner. So feel free to comment. 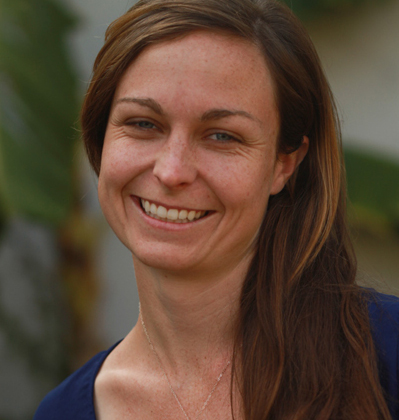 About me: Just want to give a little background so you can get a feel for who I am and whether you might want to vote similarly to me. I'm a first generation American (English parents), I went to public school in Santa Monica, and later attended UC Berkeley. I currently am a renter in Venice Beach, and I own a small business in Los Angeles. I've never been very political, but the election results of 2016 have really compelled me to get informed and involved. In the past I have voted quite liberally, both financially and socially (however I was Team Hillary rather than Team Bernie in the primaries). I'm always open to hearing new facts and opinions, as long as they are presented in a respectful manner.